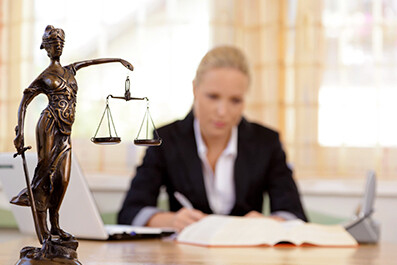 Davidson & Co’s Dubai office has a wealth of experience in advising on UK and UAE laws on matters ranging from Real Estate Disputes, Employment and Commercial Transactions to Expat Wills, Guardianship, Trust structures and UK Tax liabilities including the Envelope Tax on UK property holdings.

What is this new DIFC Wills & Probate Registry System?

The head of the Dispute Resolution Authority of the DIFC, having obtained approval from His Highness Sheikh Mohammed Bin Rashid Al Maktoum, has established a set of rules, which will govern the DIFC Wills & Probate Registry. This means that for the first time, those who are eligible will be able to register their Will within the DIFC’s common law jurisdiction, which in simple terms will be more like what you might expect in the UK.

What do I have to do in order to be eligible and when is this likely to become available?

This will be an option for any non-Muslim individual over the age of 21 years who is seeking to record their testamentary wishes for any Dubai based assets subject to competence. I hope that the Rules will be finalised in March 2015 (or thereabouts) to enable an imminent launch thereafter.

Why is this such an exciting prospect from your point of view and what are the risks of not having a Will?

Until now, any Will would have to be registered via the Dubai Courts. The question of whether it was competent for an expat to elect that the law of their country of domicile (their ‘foreign law’) should apply to that Will was dealt with inconsistently by the Courts when it came to rely on the Will. In many circumstances the courts decided to apply the Sharia Law to these Wills, disregarding the foreign law. We were unable to say with certainty whether surviving families would be left to contest the Courts decision to apply the Sharia Law which we expect will be resolved in view of this DIFC offering. Whilst the Supreme courts would usually reverse the decisions of the lower courts, it was a time consuming and costly exercise to resolve.

If there is no Will, then without doubt, the Courts would apply the Sharia Law. Any UK Wills not registered in Dubai Courts would be considered as being the same as if there was no Will at all.

What would the application of Sharia Law mean for me?

It can be complicated as it will be dependent on what surviving family members the deceased person has at the time of death. Essentially however, the Sharia principles provide that there are predetermined percentage entitlements for specific family members. In short, the testator will not have the testamentary freedom to elect who shall inherit what from the estate.

What should I do to ensure that I can properly register a Will which shall ensure that my wishes are followed?

You should seek legal advice from a qualified practitioner to avoid the risk of family members being left in a situation where they have little or no access to funds due to blocked accounts in the event of a dispute and to ensure that your estate is sufficiently planned ahead to accommodate for the applicable laws of the region.

Are there any exemptions from ATED?

Can Davidson & Co advise on the rules and legislation on UK tax residence and liability for individuals and companies, particularly where I am travelling regularly to the UK and/or have property there?

Yes. The rules are complex and advice should be sought to neutralize or minimize your tax risks as, in many cases, the onus is on you to ensure that you comply and failure to do so can result in significant penalties.