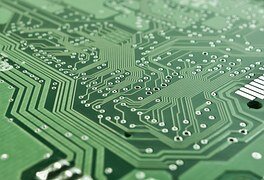 The issue of data protection is one that has been attracting increased awareness in recent years, partly due to the ease with which it is now possible to share data. In the Internet age, data can easily be passed from one organization to the next, but this does create some problems.

A number of governments around the globe have sought to legislate in this area and Dubai Law Number 26 (known as the “Open Data Law”) has seen the Emirate follow suit, leading the way in the region.

Having come into force in December 2015, the law potentially has a number of areas of consideration. It covers the dissemination of “Dubai data”, which essentially means data that is related to the Emirate and that is also available to data providers. In particular, this applies to any UAE body of federal government, together with government entities (including authorities that are overseeing free zones) and also to any other person who is specified by a competent authority.

There are particular areas to consider here for those entities that are specified by a competent authority and that hold applicable data. In effect, there will be a necessity to make data more readily available. Government departments and ministries will be obliged to make certain datasets available. At the heart of the new law is a desire for greater transparency, reflecting steps taken elsewhere. It will be interesting to monitor the impact of the Open Data Law in practical terms, to see how noticeable the changes are.

Information will, as envisaged, be made available in electronic form in many cases and there is an obligation for data providers to implement appropriate technical protocols to enable this to happen.

Initially, the Dubai Open Data Committee will be given the responsibility for overseeing implementation, although it’s expected that a permanent authority will subsequently be established. The Committee was originally established back in 2014 and its membership is drawn from a number of government agencies.

How is the issue of open data dealt with elsewhere in the world? The United States is seen by many as being at the forefront of a move towards data transparency, having introduced an Open Data Policy in 2013. This follows on from the Freedom of Information Act, which was enacted back in 1966.

Other countries have subsequently followed suit, although the pace of change has been somewhat variable. The UK government, for example, introduced its own Freedom of Information Act in 2000, with the Open Government License subsequently being made available in 2010.